The iconic Raffles Hotel in Singapore plans to reopen its doors to guests in August 2019. After a lengthy refurbishment project which started in February 2017 and with total closure since December 2017, the grand reopening is highly anticipated.

The refurbishment aims to totally modernise the hotel’s facilities while absolutely maintaining the rich heritage feel of the property. Raffles Hotel is a national treasure to Singaporeans who deeply value its historical significance and similarly, international travellers also cherish its history. Undoubtedly, the utmost care and sensitivity have therefore been taken into account during this refurbishment, at the same time refreshing the hotel and making it relevant and distinctive again. 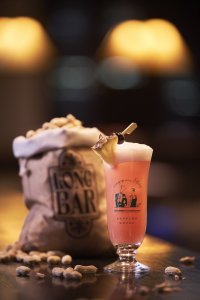 The historic hotel has added Residence Suites, Promenade Suites and Studio Suites to its existing categories, all of which it has kept, while the overall suite count has been increased from 103 to 115. The suites have received new furnishings, colour schemes, bathrooms, and improved technology, while walk-in dressing areas have been added in some of the larger suites. The gym has also tripled in size.

The hotel has also refurbished the famous Raffles Arcade, which will now feature social spaces for all to enjoy as well as a revamped gift shop featuring a History Gallery to showcase the hotel’s heritage. A new and much larger spa will also open in the Arcade, which will be open to the public as well as the hotel guests.

The hotel’s Jubilee Hall has been converted into a new 300-guest Jubilee Ballroom, harkening back to the original Jubilee Theatre that was located on the site in the 1930s. Other event spaces within the hotel have also been refreshed including new lighting and audio-visual technology. 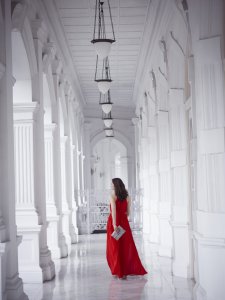 All of the hotel’s restaurants and bars have also been given a total face-lift. The ever-popular Long Bar, Tiffin Room and Writers Bar all remain of course, but each one has been completely renovated and new additional experiences will be introduced, such as a new tableside service by chefs at the Tiffin Room. The famous Raffles Singapore Afternoon Tea will now be served at the new Grand Lobby Lounge and the Writers Bar has been expanded into a new full lounge in which to enjoy the sophisticated signature cocktails.

Exciting new dining concepts will open alongside the revamped signature restaurants, including La Dame de Pic, which will be a new French restaurant from one of the world’s top female chefs, Anne-Sophie Pic, of the three-Michelin star Maison Pic in France. The Bar & Billiard Room (BBR) will be taken over by acclaimed chef Alain Ducasse, who will debut a brand new Mediterranean sharing and grill concept. Celebrity chef Jereme Leung will return home with yì, a contemporary Chinese restaurant, which will be located on Level 3 of the Raffles Arcade. Finally, Butcher’s Block, a new concept steakhouse, will complete the ten dining outlets aimed at attracting both guests and local diners alike.

If you would like to be one of the first to experience the Raffles Hotel in all its new glory, take advantage of Tour East’s Re-Opening Specials:

For enquiries and bookings, please contact Tour East at resvn@toureast.net